In our first online course on Eliademy, there is a unit which concentrates on handwriting analysis. Some might doubt this discipline, nevertheless, handwriting analysis has been used when creating criminal profiling. In this post, you can read an analysis from an expert, provided by The Crime Magazine. 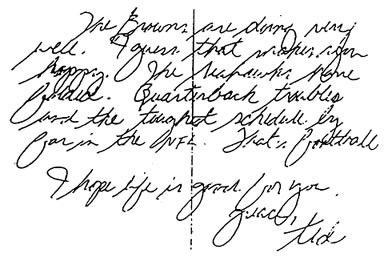 One of the most famous killers of all time, Ted Bundy vented his rage on women, mostly college girls, all the while maintaining the facade of a perfectly normal, intelligent, model citizen. His traveling ways, clever tactics, and thorough body disposal methods make it difficult to even say how many women Bundy killed during his reign, but he was definitely one of the most prolific and frightening serial killers of all time.

Note the emphasized lower zone and the deformed letters. 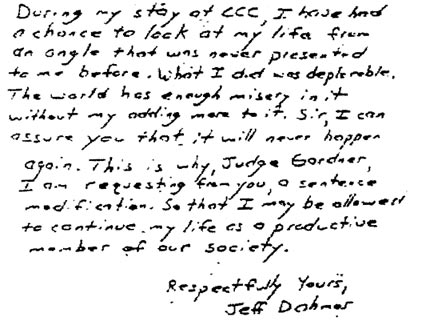 After his parents divorced at the age of 18, he began to murder. The trial was stock full of gruesome details of cannibalism and necrophilia, with police and the defense attorney telling of how Dahmer drilled holes in some of his victims’ heads and poured acid into their skulls while they were still alive. He wanted zombies that could not resist and could not leave him. Murdered 17 people. The son of a chemist, Dahmer should have had a normal life. But his childhood in Bath, Ohio, where he and his family moved in 1968, was marked by a growing obsession with severe cruelty to animals, bizarre behavior, and alcoholism.

This site uses Akismet to reduce spam. Learn how your comment data is processed.